How to Choose the Best Horse Bit 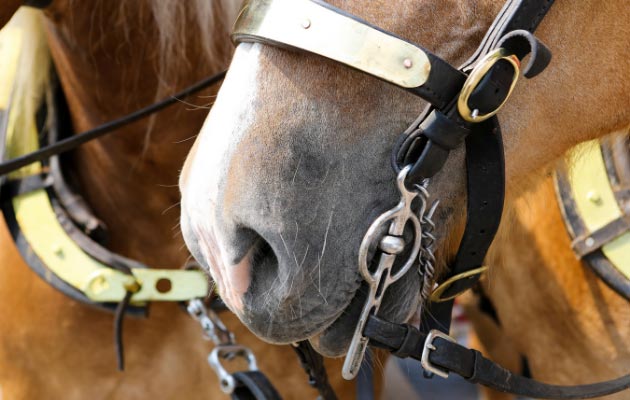 Whether it’s online or in the brick and mortar tack shop, looking up at a great big “bit wall” can be a little overwhelming. You stare at the huge selection of horse bits and they stare back at you, waiting to be picked, but you may not have a very clear idea of what’s the best bit for your particular horse.

As you start your search, there are a few factors to consider about what type of horse bit you should buy, including:

The good news is, there’s an easy way to break “horse bitting” down so that it doesn’t have to be so difficult. The first and most important thing to understand is the difference between the two primary horse bit categories: snaffle bits and curb bits.

The key difference between a snaffle bit and a curb bit is that a snaffle bit doesn’t incorporate rotation or leverage, while a curb bit does. When you apply pressure to the reins of a snaffle bit, the horse feels equal pressure in their mouth and responds to it. A curb bit does the same thing but allows the rider to covey far more complex and nuanced directions to the horse via the “shanks”, which act as levers that can pull down on the bridle crown, put pressure on the top of the horse’s head, and pull the curb chain or strap forward against the horse’s chin.

While a lot depends on the rider and how the horse bit is being used, curb bits are generally considered to be more “severe” than snaffle bits because they apply more rein pressure. For this reason, snaffle bits are more commonly used than curb bits.

Curb bits vary widely according to shank and mouthpiece design, but there are two main categories — Western and English. These pertain to the two types of horse riding: western riding, which uses looser reins controlled at the neck with a single hand, and English riding, which uses both hands to control the reins at the mouth of the horse.

Western curb bits usually have gentle ports (the upwardly curved center of the mouthpiece). A popular type of western curb bit is the grazing bit, a curb bit specially designed with shanks that can hinge 90 degrees to help the horse graze.

English curb bits usually have shorter shanks than Western curb bits. Two common types of English curb bits are the Weymouth, which has straight shanks and a low port, and the Liverpool bit, which has several rein-attachment slots that provide a choice of leverage power and severity.

Finding the right horse bit can be a painstaking process – painful not only for you but also for your horse. However, there are a few general best practices you can follow that will set you up for success and allow you to avoid multiple trips to the tack shop.

1. Go as gentle as possible

Try to find the gentlest horse bit possible that will still allow you to communicate at the level you need to with your horse. For this reason, most riders opt to start with a snaffle bit and then move on to a curb bit if needed or as they get more riding experience. If you’re an experienced rider who goes to horse shows, you can opt for a more severe horse bit than a snaffle bit but still always go as gentle as possible.

2. Try the bit out before buying it

If and whenever possible, you should try the horse bit out before buying it. It’s almost impossible to tell which bit is going to work best for your horse until you’re actually using it. Often times riders have to go through many bits before finding the right one.

3. Ask the horse’s previous owner about the right bit 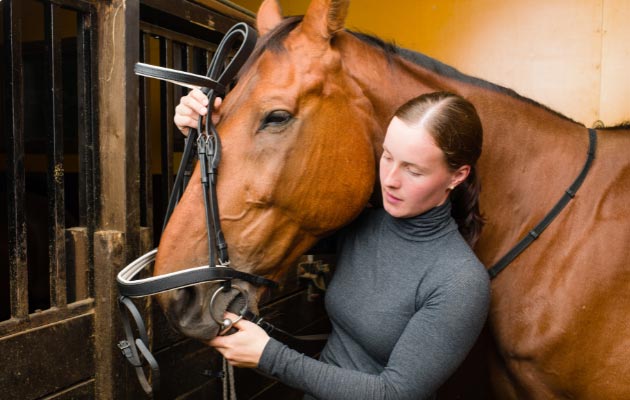 Forging a Strong Relationships with Your Horse, Bit by Bit

Outside of verbal commands and touch, a bit is one of the most important communication tools in your relationship with your horse. This is why it’s so key to pick the right one.

If you’ve tried bit after bit after and still haven’t found one that works, consider your own riding. You may not have invested enough time in learning how to handle and communicate with a horse. Before you can effectively use a bit, you need to be able to control your horse without one using only a saddle and reins. Accomplishing this may require investing in a good instructor, preferably a natural horsemanship instructor. Once you have learned this, your bit search should be easier.

Receive special offers and promotions, and 10% off your first online purchase!