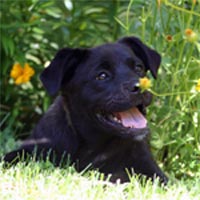 Did you know there are more dog owners in the United States than in any other country in the world? From their loyal and playful personalities to their protective and loving nature, dogs have won over the hearts of many, and it’s easy to see why. Join us as we recognize and acknowledge these amazing creatures with interesting dog facts that help remind us just how awesome dogs really are. 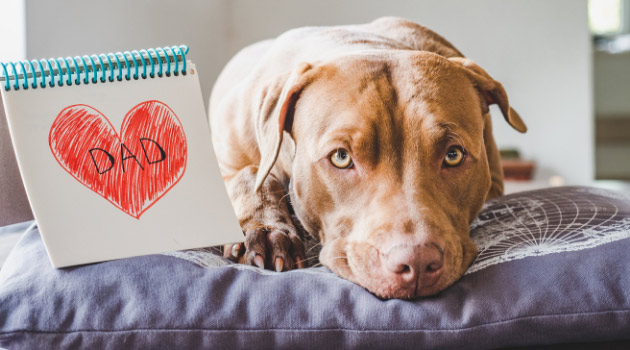 With dogs having quite a reputation for being their owner’s best friend, there’s no wonder why a dog owner would want to sign their dog’s name on a card. After all, it’s a cute way to let someone know they have made a difference in your dog’s life.

According to a survey completed by the American Animal Hospital Association, 70% of dog owners sign their dog’s name on cards. That’s over half of all the dog owners in America! With most dog owners considering their dog as family, this is no surprise. Plus, who else besides the family dog could pick such an awesome card?

2) Dogs can be trained to smell diseases 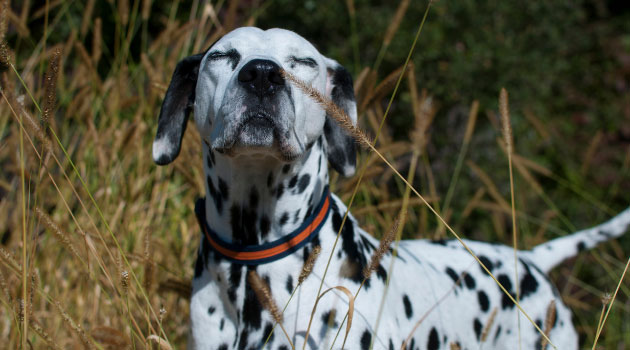 Did you know that a dog’s sense of smell is so powerful that they can sense diseases in humans? With the ability to detect changes in a human’s scent due to diseased cells, dogs can even detect some diseases that may not be picked up on a medical exam or test. Dogs can even be trained to sense cancer in humans and can even sense the beginning symptoms of a disease before a human may even know that they are sick.

3) When dogs play, they sneeze and yawn so things don’t escalate 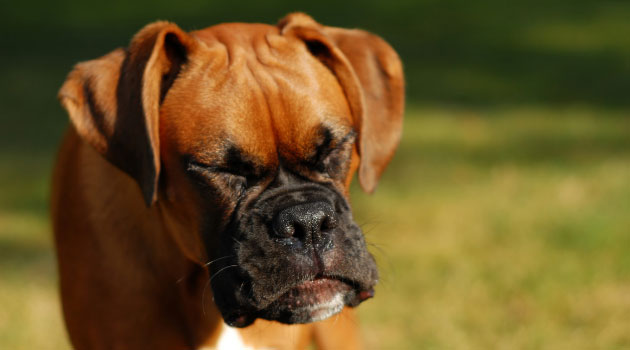 As most dog owners know, dogs love to play and have a good time. You may have also noticed your dog sneezing or yawning when you are playing with them. Dogs will sometimes sneeze or yawn to let other dogs and humans know that they are just playing and are not being aggressive. The sneeze may sound closer to a snort, but it’s simply a way for your dog to communicate with you. Also, dogs may “fake sneeze” to gain attention or get something they want. How cute!

4) Dogs are as smart as a two-year-old child 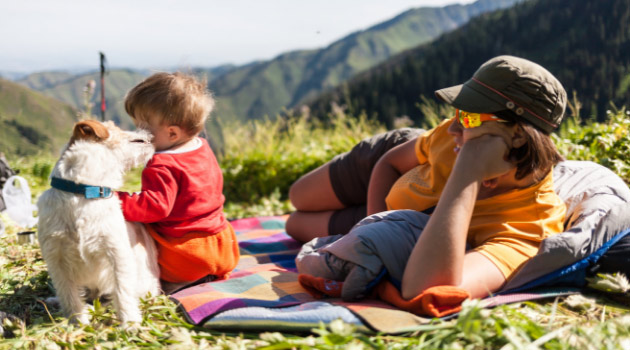 Although you have probably noticed that dogs are smart, did you know they are as smart as a two-year-old child? Based on the findings of a language development test, “average dogs can learn 165 words (similar to a 2-year-old child), including signals and gestures, and dogs in the top 20 percent in intelligence can learn 250 words.” A few dog breeds landing in the top 20 percent in intelligence include border collies, poodles, and german shepherds.

5) All dog breeds have the same number of teeth 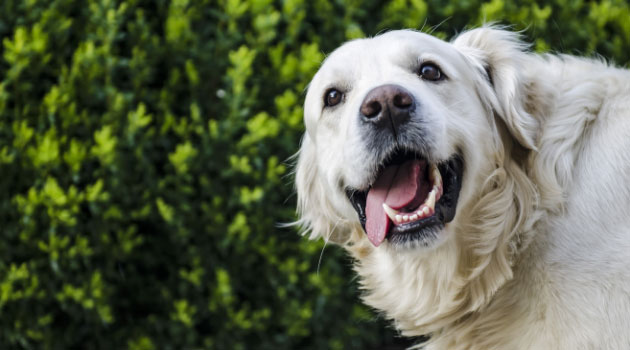 Dental records don’t lie – all dog breeds have the same number of teeth. This means that a chihuahua has the same number of teeth as a great dane. Just like humans, puppies have a set of temporary teeth that fall out and are replaced with a set of permanent teeth. Even though the time period may vary, eventually your dog will have 42 permanent teeth, usually 5-8 months after they are born. 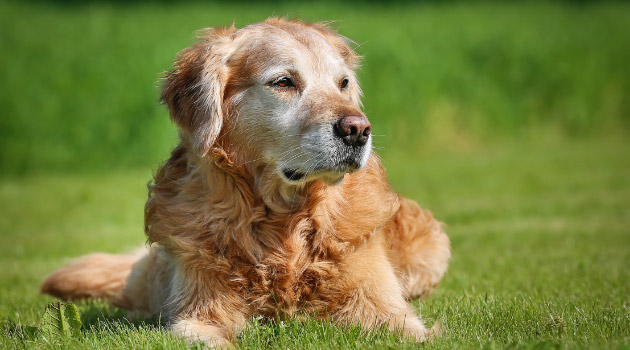 Overall, dogs are considered to be seniors at 7 years old. However, since a dog’s average lifespan is affected by the dog’s size, typically larger dog breeds are considered seniors at ages 5 or 6. Although graying hair is one sign that your dog is getting older, it’s also important to keep an eye out for other age-related health concerns. Also, don’t forget to take your dog to their regular vet checkups.

7) Toto, the dog from The Wizard of Oz, was played by a female Cairn Terrier 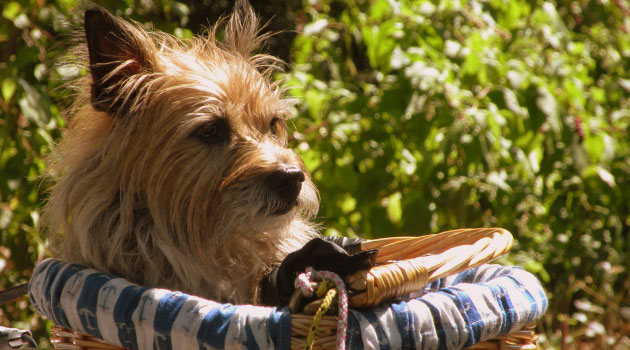 You may remember Toto as being Dorothy’s sidekick in the famous movie The Wizard of Oz. Even though Toto is referred to as a “he” in the books that inspired The Wizard of Oz movie, Toto was played by a female dog named Terry on screen. Although she appeared in many films, Terry became so well known for her role in The Wizard of Oz that her owners changed her name to Toto. Known as one of the most famous animal actors of all time, she has a permanent statue memorial in her honor at the Hollywood Forever Cemetery in Los Angeles, California. 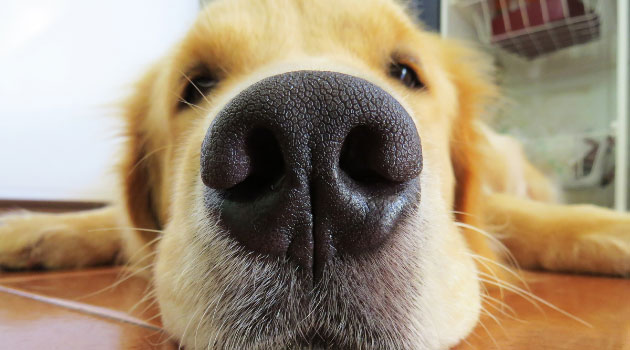 It’s a question many people ask – why are dog’s noses wet? Dog’s noses are coated in a thin mucus layer that helps them absorb scent chemicals. Dogs will then lick their noses to, “sample the chemicals and present them to the olfactory glands on the roof of their mouths,” Dr. Brittany King, DVM. Another reason dog’s noses are wet has to do with their sweat glands. Dog’s do not have sweat glands like humans do. Instead, they sweat through the pads of their feet and their nose. However, the moisture level of a dog’s nose can differ from dog to dog. So, some dog’s noses may be wetter than others.

9) On average, Irish Wolfhounds are the tallest dog breed in the world 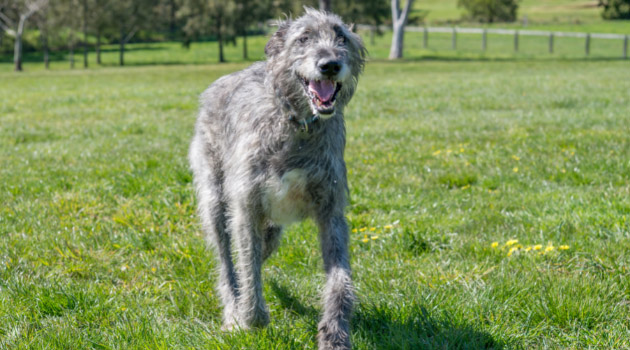 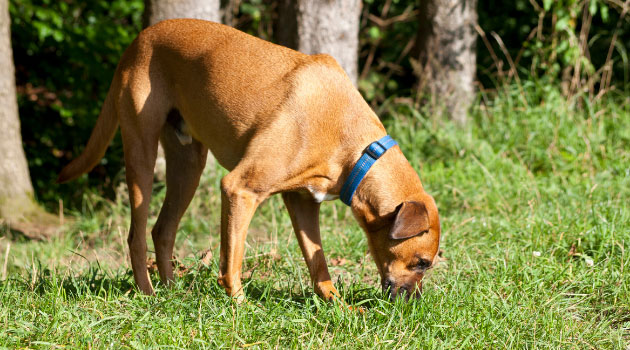 Good news! Your dog doesn’t take forever to find a spot to go to the bathroom and spin around in circles just to torture you. In fact, researchers have found that dogs prefer to go to the bathroom according to the Earth’s north-south axis. According to a study completed by scientists from both the University of Duisburg-Essen in Germany and the Czech University of Life Sciences, not only do dogs prefer to relieve themselves based on the position of the north-south axis, but they actually avoid going to the bathroom along the east-west alignment.

Thank you for joining us! We hope you learned a few new dog facts to share with your friends and family. Want to learn more about dogs? Check out Jeffers’ blog How to Be a Responsible Dog Owner.

Searching for new toys and treats for your best furry friend? Browse Jeffers wide selection of dog supplies and pick your pup’s favorites.

NPR: “A Few Facts About Greeting Cards — From All Of Us At NPR”

American Kennel Club: “Dog Dental Care: How Many Teeth Do Dogs Have?”

American Kennel Club: An Owner’s Manual for: Life With A Senior Canine Citizen

Vetstreet: “Why Does My Dog… Have a Wet Nose?”

Frontiers in Zoology: “Dogs are sensitive to small variations of the Earth’s magnetic field”

< Previous Article
10 Interesting Cat Facts to Share With Your Friends
Next Article >
Is Your Goat’s Diet Missing These Vitamins?