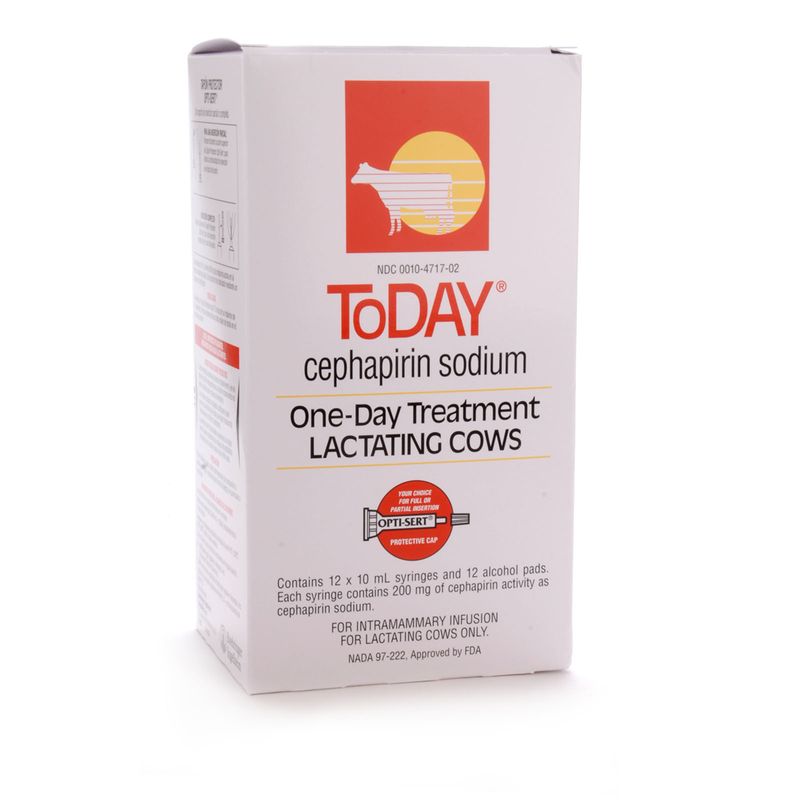 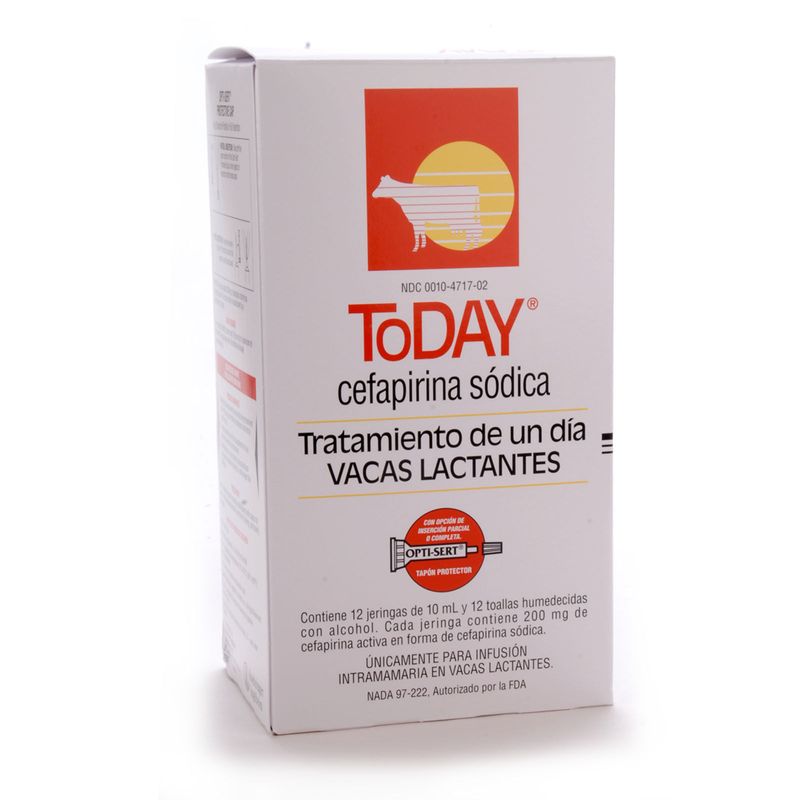 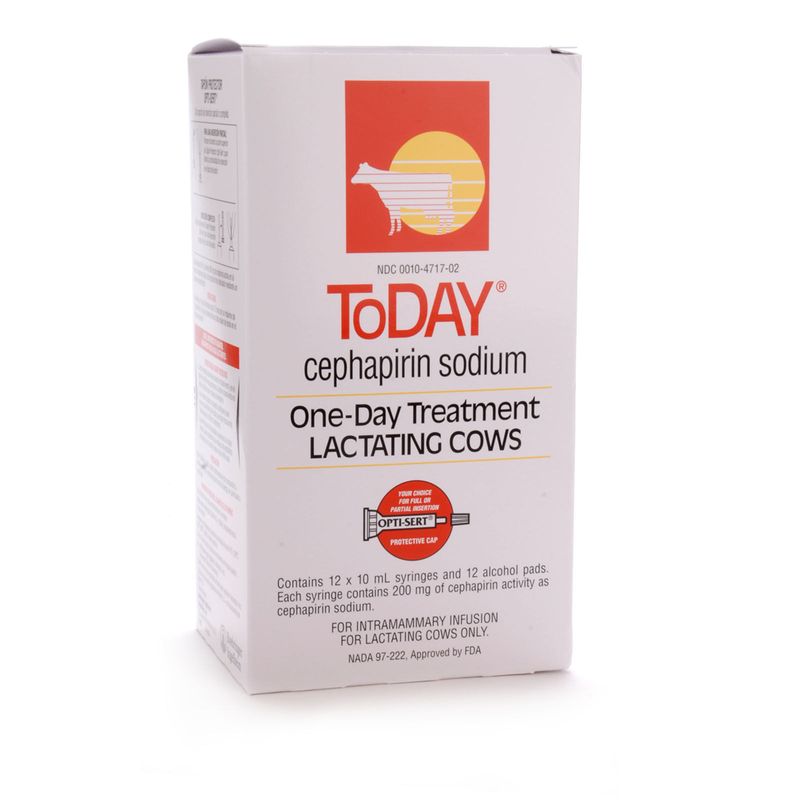 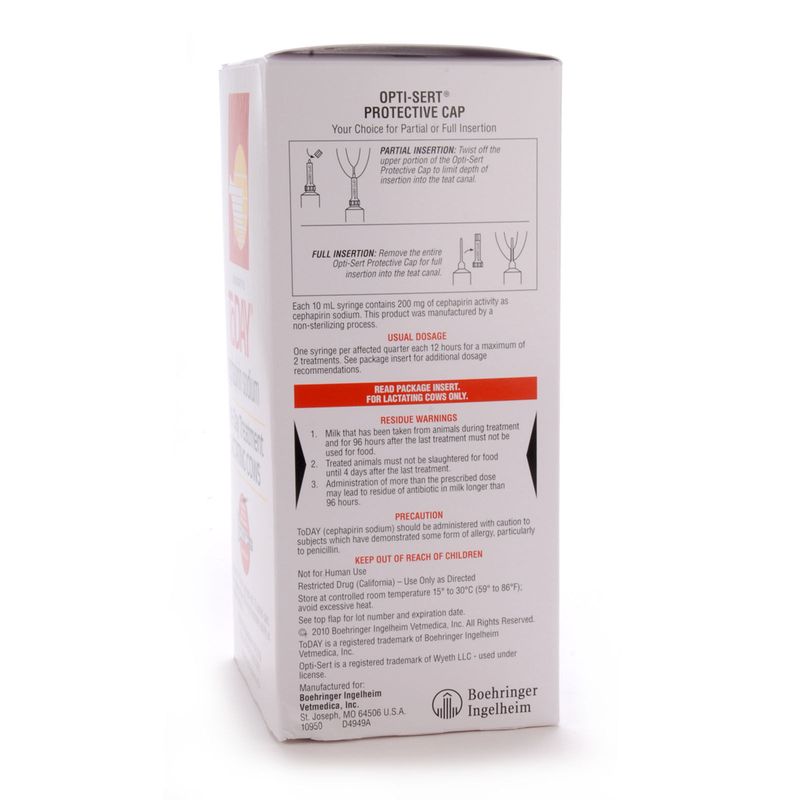 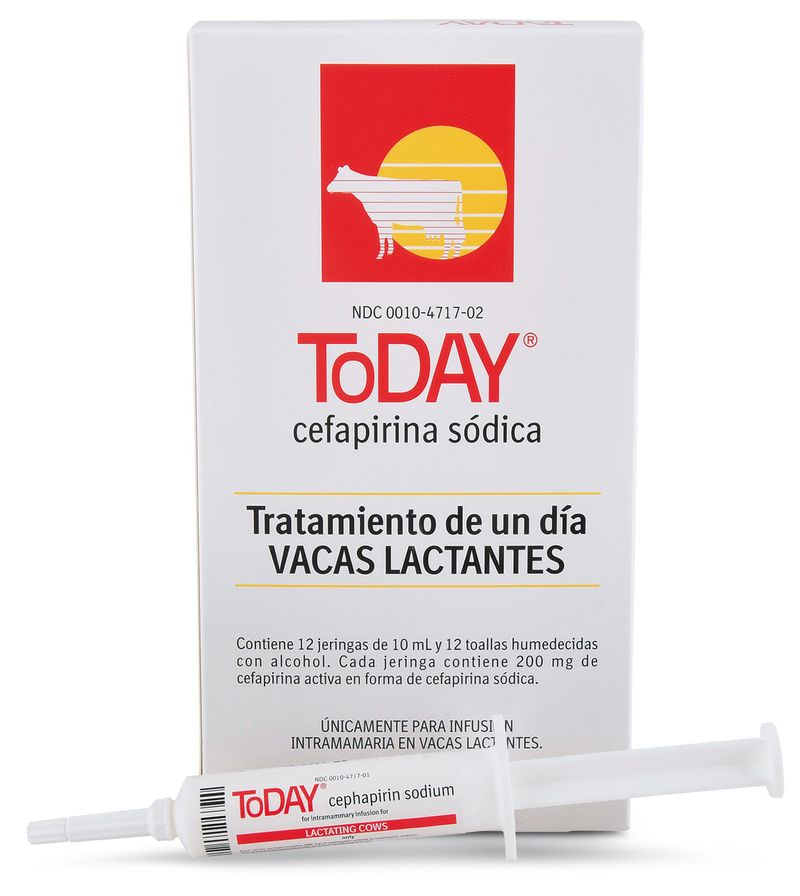 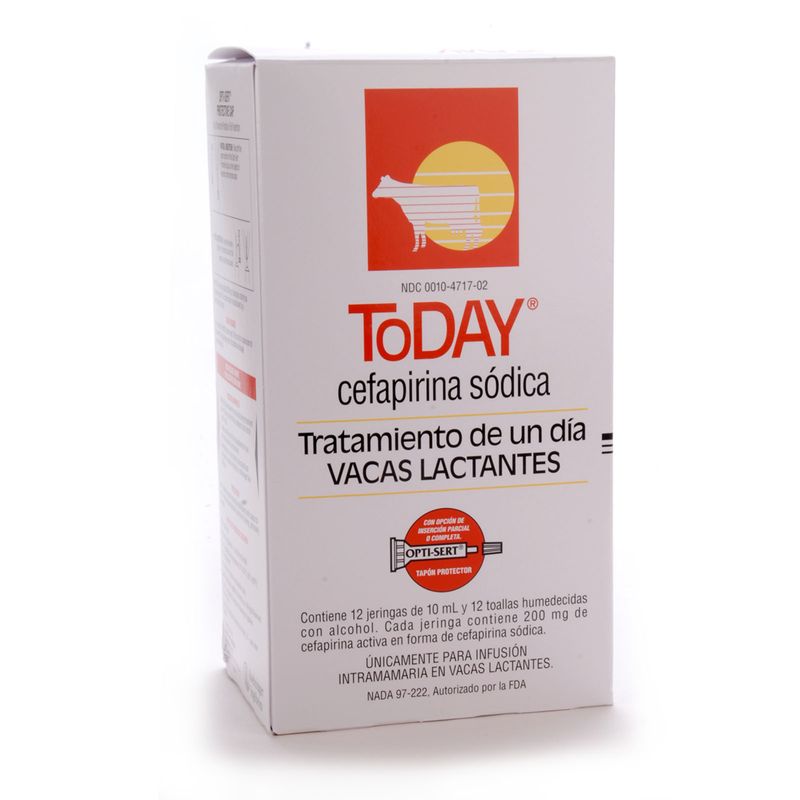 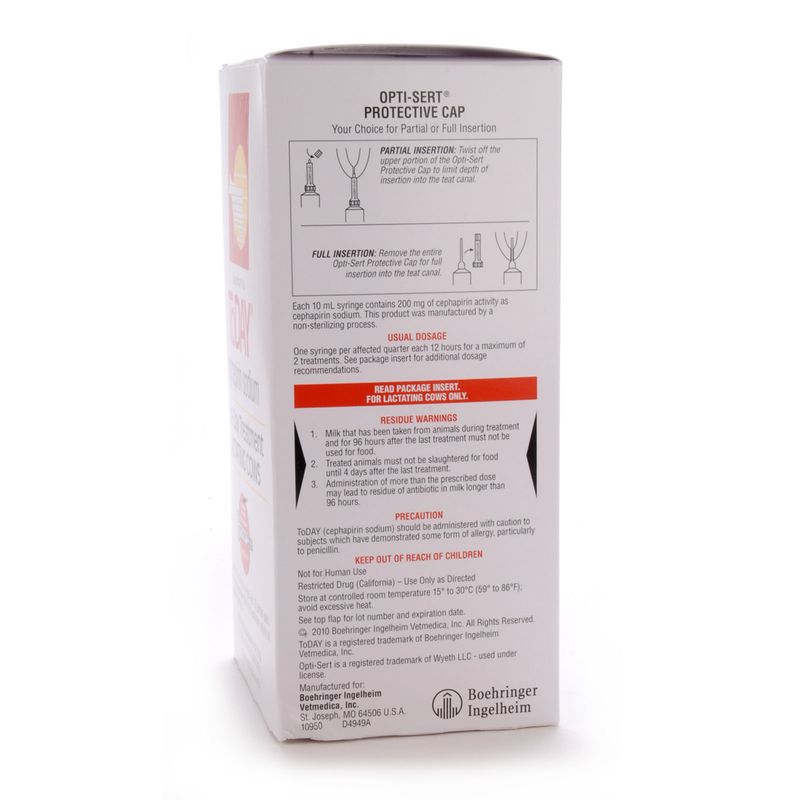 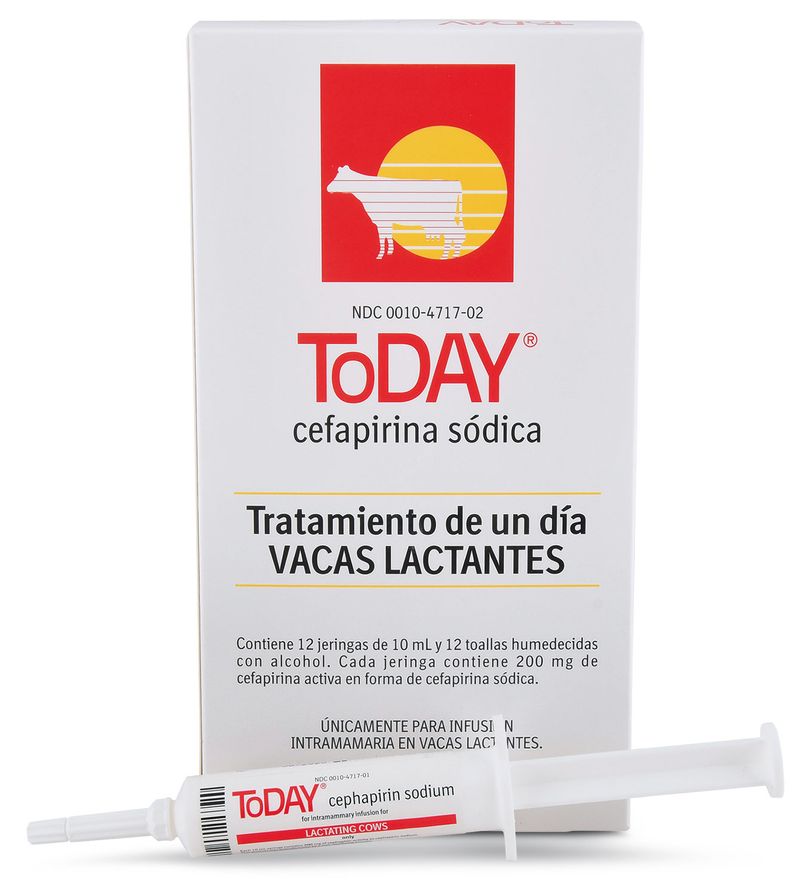 For intramammary infusion to kill mastitis-causing organisms in lactating cows. Comes with an Opti-Sert protective cap which can be removed for full insertion or left on for partial insertion. 1 day treatment at 12 hr intervals. 4-day slaughter withdrawal and 96-hr milkout.

NOTE:
The U.S. Food and Drug Administration (FDA) issued a final rule on July 3, 2008 prohibiting the extra-label use of cephalosporins (including ceftiofur in swine) in food-producing animals. The agency is issuing this order based on evidence that extra-label use of these drugs in food-producing animals will likely cause an adverse event in humans and, as such, presents a risk to the public health. Public comment regarding the rule will be accepted until September 2, 2008 and the rule will go into effect on October 1, 2008.

Under the Animal Medicinal Drug Use Clarification Act (AMDUCA) drugs on this list may not be used under any circumstances in an extra-label manner even by a veterinarian.