Free Shipping on most orders over $49! details
Pre Valentine’s Day Sale Use code LOVE10 to save 10% Details

Jack & Juliana – A true story, about a girl and her best friend. 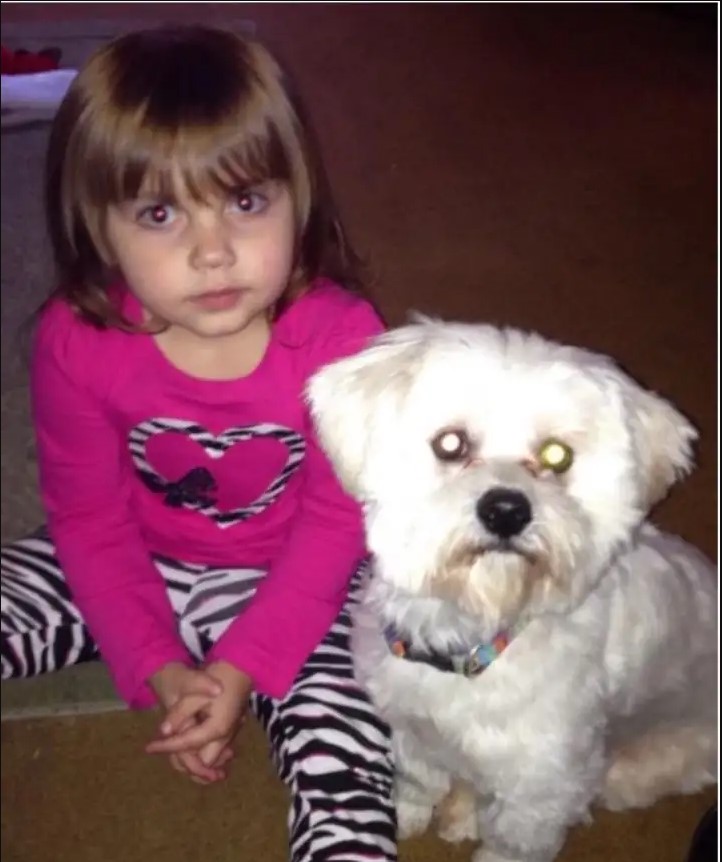 Jack and Juliana, is a true story, about a little girl and her best friend, Jack. The events of this story happened in 2013.

My in-laws got a puppy in January 2011; he was a little white cotton ball about the size of the energizer bunny. As the weeks flew by, he could run circles around that Energizer Bunny. He was full of life, never walked, just ran and jumped around. Got into everything, but loved everyone! Jack especially loved one person in particular — and that was Juliana.

Juliana, my beautiful niece and Godchild, was born in February 2010. And just like Jack, she is full of life, gets into everything, always running and jumping, sweet as sugar and especially loved Jack.

You can say they were growing up together. Wherever Juliana was, you’d find Jack. He would eat her Cheerios, she would take his toys. He would take her toys, she would pull his tail. (No one takes Juliana’s toys…she makes sure of that). At nap time you’d find Juliana on her princess couch with Jack right next to her on his little bed. Juliana always kept a red leash on Jack, so she could walk him around. Jack and Juliana were like peas and carrots.

During January 2013, the unthinkable happened. On a Saturday morning, they let Jack out in their fenced in backyard. After a bit of time passed they noticed Jack was not at the door, wanting to come in, so they went out back and called for him. No Jack. They searched the yard in every nook and cranny, but still no Jack.

Jack had on his collar with tags and his red leash. Certainly if he got out someone would call. The morning turned into the afternoon, still no Jack. They combed the streets looking, neighbors helped, they even used Social Media to post pictures of Jack. The afternoon turned into the evening and it started to snow. The snow turned into a blizzard.

My in-laws were certainly very upset. They were also concerned about what will happen when Juliana finds out that Jack is not at Nannie and Poppies? Heartbreaking! They were able to gently explain as much as you can to a two-year- old, that Jack had got away. Yes, Juliana cried, she couldn’t understand that her best friend was gone.

Over the next few weeks they still searched and posted pictures, but still no Jack. Every day Juliana would ask, “Poppie, Jack back?” in the cutest two-year-old voice. Every day Poppie would tell her, “No, Juliana, Jack is not back.”

On Feb 28th, my mother-in-law was headed out to lunch with a co-worker. The office she works in is about 10 miles away from where they live. They were driving down the road when she spotted a couple walking a white dog. Of course, she immediately thought of Jack and how he loved to take walks and how sad it is that he’s gone. It’s been 6 weeks, but poor Juliana asks every day, “Jack back?” and that just made her even sadder.

As they were getting closer, she noticed that the dog had a red leash! When the dog turned and she saw his face, she knew, without a shadow of a doubt that it was JACK!

Now, my mother-in-law, never holds back…’says what she means, means what she says’ type, which I love about her! She rolled down the window and yelled out…that’s my dog!  The couple immediately walked faster and into the apartment complex where they resided.

If you think that stopped my mother-in-law, think again!

As her friend who was driving followed them, my mother-in-law was on the phone with 911 telling them the story. The police came to the residence and the couple walked out with Jack. They insisted it was their dog. Jack went crazy when he saw my mother-in-law (jumping on her and barking). When the couple again stated it was their dog, my mother-in-law pulled out her phone and showed the police officers a picture of Jack. The officer looked at the picture, looked at Jack and said to the couple, “This dog has the same collar on and leash as in the picture.”

Note to self: I will never fault my mother-in-law for taking a thousand pictures ever again!

After exchanging some information with the cop, Jack got into their car to head home.

Juliana was on her way to Nannie and Poppie’s house and she had no idea who would be waiting for her when she got there. (Okay all, I’m crying as I type this). When Juliana walked into the house and saw Jack — well, she lit up! With a huge smile on her face and giggling!

Yes, Juliana, Jack is back!