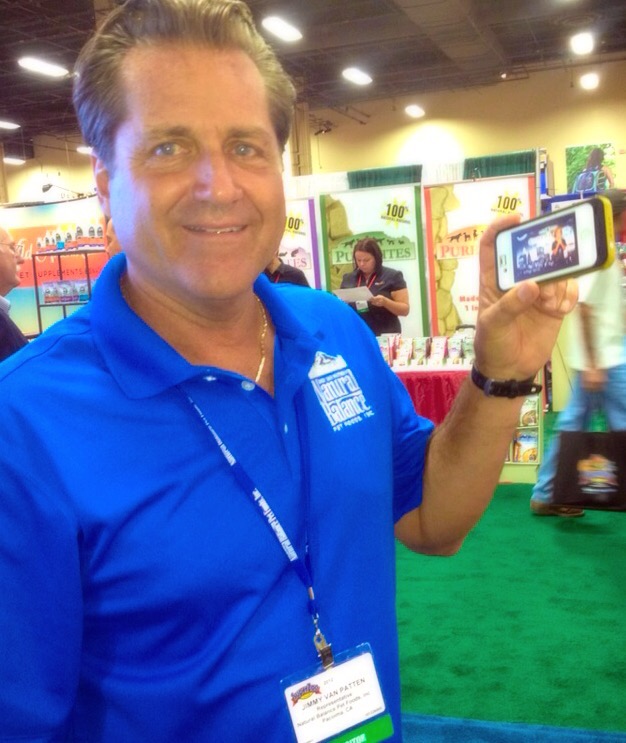 Dick Van Patten became my friend a few months before Alex was born.

Here’s the story… my old friend and mentor Frank Koch called me up one day to see if we would sell his new premium dog food, Natural Balance, back in the summer of 2000. He had launched the food the previous summer. I really didn’t think an online company could sell dog food with all the freight, especially a super premium food, (turns out I was wrong). Frank continued to bug me and invited me to breakfast in Chicago with him and Dick Van Patten to discuss their new food.  Well, breakfast was delightful, and after breakfast Dick asked if I wanted to walk to the show with him. It was about a mile walk which was no big deal, except I was 7 months pregnant with Alex, but Dick was in his 70’s so I decided to walk with him. I could barely keep up! Even out of breath, I loved his stories about Broadway. I always loved theater and getting to hear stories of Broadway was just magical.

In December, (2 weeks before Alex was born) Dick Van Patten came to Dothan, AL for a weekend to promote his new dog food. We had agreed to buy a truckload when Dick offered to come promote it (I was still skeptical it would sell). 🙂

Dick was such a great sport that weekend. The pilot of the “puddle jumper” that flew him from Atlanta to Dothan couldn’t believe he was on the flight, and Dick was so kind to everyone he met.  He did interviews with all our local radio and TV stations, and was such a great sport about standing outside signing 100’s of autographs on an unusually chilly and rainy weekend in South Alabama. He loved getting to meet my Mom and Dad.   This weekend is also a special weekend to me, because it was the last weekend we got to spend together as a family before my Dad was diagnosed with leukemia.  December 25, 2000 Alex was born, then in January my Dad was diagnosed with leukemia.

Natural Balance actually did sell and I became a huge fan of the food, as did many of our customers. I would normally run into Dick a couple of times a year, and he would always ask about my Mom and Dad, and Alex. When we lost my Dad in 2006, he sent the kindest note to my Mom. It touched me that someone as busy as Dick had the time to do that.

When Alex was bitten by the acting bug, Dick was so excited that he had a talent and love for comedy.  He encouraged Alex and always seemed to love watching his YouTube videos. He would write notes to Alex to encourage him.

As Dick got older we would keep up with him through his son, Jimmy. He would always share something from his Dad about one of Alex’s comedic videos.

I’m feeling both sad and thankful today to have known such a wonderful human being who brought so much joy to so many because he took the time to listen and care about your life. While I’m sitting here typing this, numerous other Jeffers’ folks have stopped by and shared their personal stories of their memories of Dick Van Patton.