Free Shipping on most orders over $49! details
Use code HONOR for 10% off Details
Extended Fly Week Daily Deals

10 Fascinating Black Cat Facts to Share With Your Friends 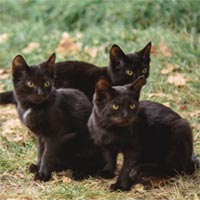 Cats have been the center of myths, folklore, and curiosity for several centuries. From being worshiped by Egyptians to their self-domestication and sassy attitudes, cats certainly peak our interests. Perhaps the most common object of fascination when it comes to cats is the mysterious and magnificent black cat. Considered the companion of witches and bad luck in certain cultures but the opposite in others, black cats have certainly developed quite a reputation. What is it about black cats that have captured the interest of people throughout the ages? What makes black cats so special? 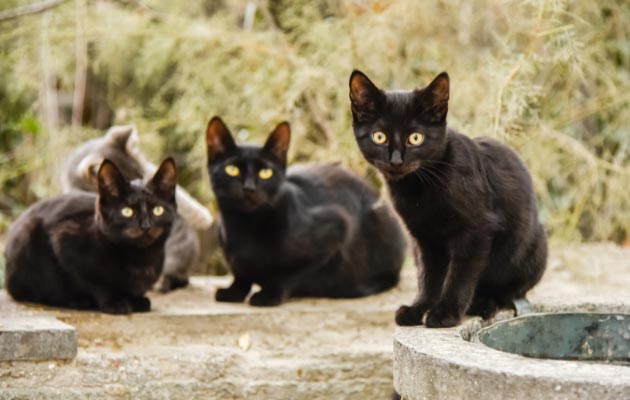 It is a common misconception that all black cats are the same breed. According to the Cat Fanciers’ Association (CFA), 22 cat breeds can be born with black coats. With each breed having unique personalities and characteristics, from energetic and outgoing to quiet and reserved, black cat breeds are far from the same.

2) The Wealthiest Cat In the World Is a Black Cat 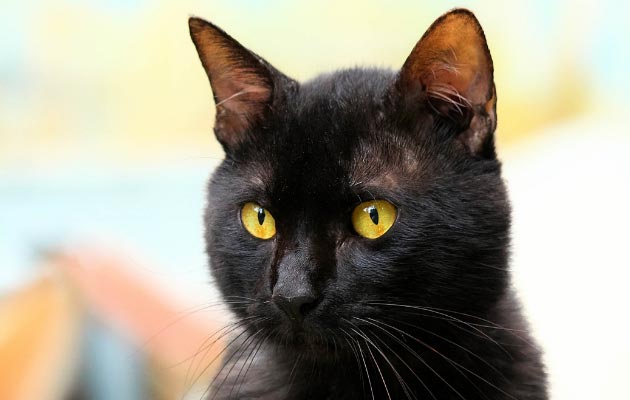 Did you know that two of the richest cats in the world are black cats? In 1988, a British man named Ben Rea bequeathed $12.5 million to his cat, Blackie, making him the “Wealthiest Cat” according to Guinness World Records. Leaving his family out of his will, Ben left a large portion of his wealth to three cat charities with instructions to look after Blackie. Now, that’s one loved cat!

In 2011, a wealthy Italian widow, Maria Assunta, left her entire estate, which totaled nearly $13 million to her beloved black cat named Tommasino. Unable to find a suitable cat organization to care for her cat, she left all of her money to her cat through her nurse, Stefania, who had no clue that Maria even had that much money. Imagine how surprised she must have been! 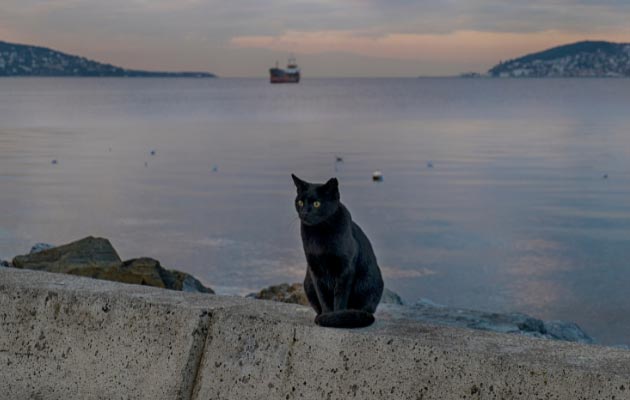 Even though some cultures believe black cats to be unlucky, this is not the case for many sailors. Black cats are considered to bring good luck on ships, which is a superstition believed to have originated from British and Irish sailors. In fact, cats in general are believed to protect ships from bad weather while underway. Another reason why sailors believe black cats bring good luck is that sailors’ wives would often have black cats as pets at home due to the belief that they would use their powers to protect their husbands while out at sea and ensure they would come home safely.

4) Black Cats Can Have Disease Resistance 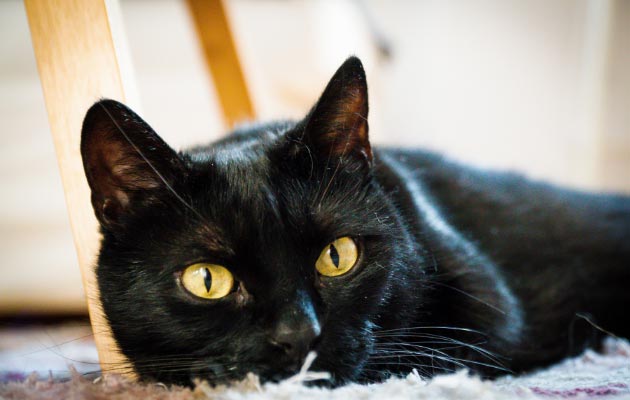 According to the US National Cancer Institute, the genes that cause a black cat to have its color can help them be more resistant to certain diseases. The reasoning behind this is because the mutations that cause a cat to have a black coat are in the same gene family as the ones associated with human diseases like AIDS. So, even though the benefit of evolving to have a black coat for cats helps them camouflage while hunting, it can also help them be more resistant to disease. 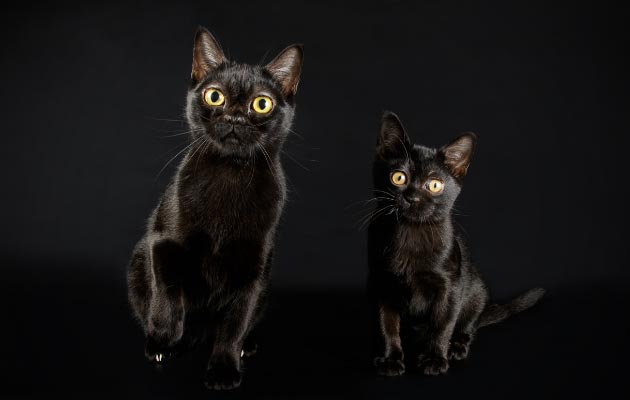 In 1958, the Bombay cat breed was created by a cat breeder named Nikii Horner in Louisville, Kentucky with the goal to create a cat breed that resembles a panther. Bred to have an entirely black coat, these stunning felines are very outgoing. Very energetic and attention-craving cats, these cats do best in an environment where they receive plenty of playtime and stimulation.

6) Black Cats Can Be Hard To Photograph 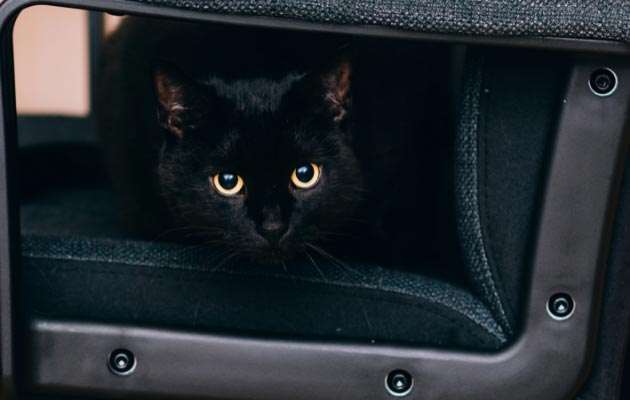 Black cats and black animals can be harder to photograph than other fur patterns, which can make it more difficult for them to get adopted. Although some people speculate that it may be due to social media, many black cat and black animal owners disagree. Ultimately, it can be harder to see what they look like on adoption websites, which can cause prospective owners to gravitate to animals with different fur patterns. However, there are camera tricks that can help photograph black animals better.

7) Black is The Most Dominant Fur Color in Cats 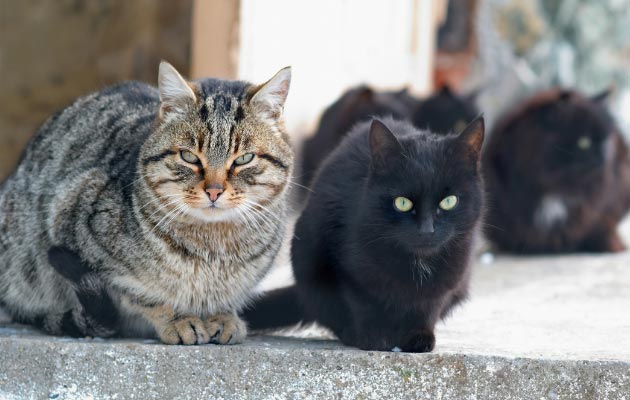 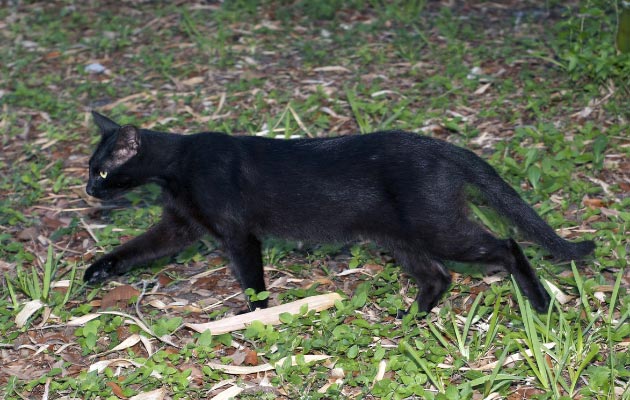 The black cat has been associated with many things across many cultures. While in the United Kingdom and Japan, black cats might be seen as bringing prosperity, good harvest, and blessing a marriage, in other cultures, black cats can represent a symbol of bad luck. So, why are black cats considered to be bad luck in some cultures? The superstition began in the Middle Ages when people did not quite understand what caused illness and disease, and the dark and mysterious nature of the black cat made them an easy target.

This is similar to the superstitions and misconceptions regarding other black animals, such as the crow and the raven. The superstitions of black cats being bad luck and even symbols of witchcraft traveled to America via the Puritans and are evident in many cultures around the world. 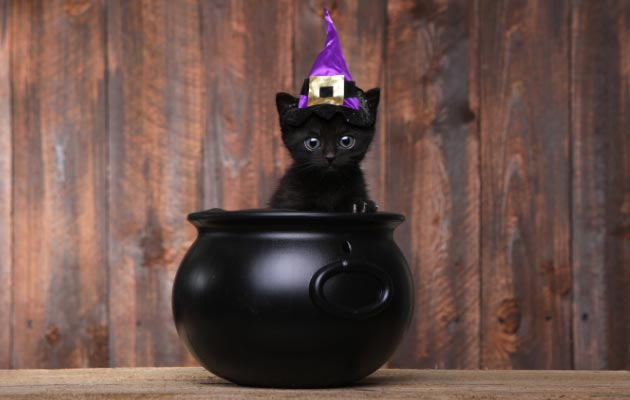 Black cats became associated with witches in the Middle Ages where some people believed that black cats helped witches practice their magic. Several people even thought that witches could shape-shift into black cats. This belief most likely stemmed from both their spooky appearance and ancient mythology associating black cats with the Egyptian Goddess, Bastet, and the Greek Goddess, Hera.

Bastet’s lion head was often represented with a black cat head after cats were domesticated. Hera transformed Galinthias, one of her servants, into a black cat after she delayed the birth of Hercules. So, it is believed that their spooky appearance and associations with mythology are a couple of reasons why black cats became associated with witchcraft. 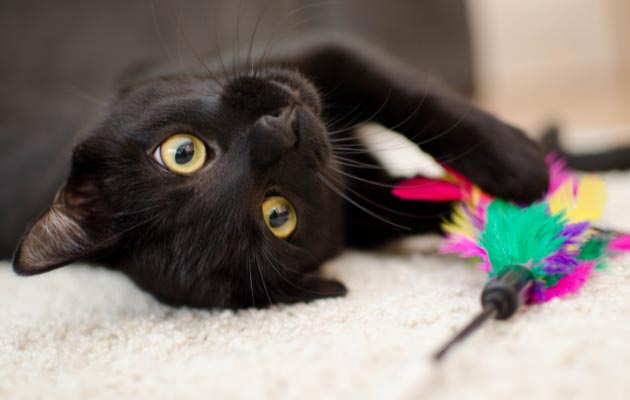 With all the myths and superstitions associated with black cats, it’s important to remember that black cats are just like any other cat. All that is different is the color of their fur. They are just as unique and fascinating as any other cat, and these days, more people than not consider them to be good luck rather than bad. Many of the black cat owners of the world can attest to how truly amazing these magnificent creatures are. After all, cats don’t care what color our hair is, so why should we?

Time to restock on your cat’s favorites? Check out Jeffers’ wide selection of cat supplies.

Receive special offers and promotions, and 10% off your first online purchase!